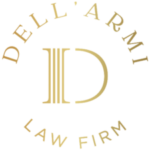 Does US Immigration System Require Major Reform for a Healthy Flow of Immigrants?

In 2020, slightly more than 707,000 immigrants became lawful residents of the United States, however over nearly two million undocumented individuals were identified by the Border Patrol Agency the same year. As illegal immigration grows more common, so do the political debates surrounding it. The US immigration system has been a hot topic for decades. Policymakers from both sides of the aisle argue back and forth about the economic, security, and humanitarian implications of America’s broken immigration system. Keep reading to learn more about emerging efforts for immigration reform and their impact.

As it stands, immigrants and refugees can gain legal access to the United States through a variety of channels. People can apply for employment-based green cards, diversity visas, H-1B visas, temporary arrivals, or deferred action programs. The biggest flaw in these programs is that they are difficult to file for someone with limited knowledge of the American political process.

The United States still restricts a fruitful legal immigration system by setting arbitrary immigration quotas based on nationalities, travel restrictions on immigrants, requiring additional filings for a job change, and much more.

Opposing Approaches to US Immigration System

Republicans are 59% more likely to view immigration as a critical threat. They believe that the illegal activity at the US-Mexico border is a national security concern that requires the utmost attention. This conservative standpoint is why President Trump prioritized building a wall to keep illegal immigrants from passing into the United States.

Even after multiple election cycles and shifts in power, Congress has been unable to reach an agreement on a comprehensive plan for immigration. Because the issue had lingered in the American electorate for so long, it wasn’t until former President Trump was in office that the issue was jolted back into focus.

Trump practically made “Build the Wall” a secondary campaign slogan and sought to curb immigration and asylum policy. However, President Joe Biden has pledged to undo all of Trump’s anti-immigration policies and take reform in a different direction. Biden has made plans to boost refugee admissions and preserve deportation relief for immigrants who came in as children.

President Biden and Democrats pushed for a large infrastructure bill called, “Build Back Better” to pass earlier this year. When Senator Joe Manchin (D-WV), publicly pulled his support for the bill in the Senate, it effectively died. Biden’s administration remains hopeful that the contents of the Build Back Better plan will come to fruition during his tenure in office.

This bill addressed infrastructure, but also had many other lofty goals and pushed hard for immigration reform. It would also allow 8 million undocumented immigrants to become eligible to attain American citizenship. In addition, it would allow those who were denied their visas during the peak of the coronavirus pandemic to reapply.

We Need US Immigration System Reform

Republicans and Democrats may be polarized on two sides of the aisle, but they can all agree that our immigration system is broken. We need a system that will implement safeguards for dangerous illegals with criminal records while allowing for a healthy flow of immigrants into the United States.

We understand that every immigration case is different. We offer free consultations to discuss each unique case. If you are facing deportation or have any other type of immigration law issue, our team at Dell’Armi Law is ready to help. We have a reputation for success and will fight to protect our clients rights.

Dell’Armi Law has an immigration lawyer in Miami serving all of Florida that can help you navigate America’s broken immigration system. Together we can solve your case and hopefully lead the US towards reform.